Home / History of the Real Book

History of the Real Book

For more than 40 years, the Real Book has been the go-to resource for jazz musicians playing jazz standards and classics from the Great American Songbook. You’ll find this ubiquitous tome on music stands the world over, from club and “society” gigs to practice rooms and jam sessions. This is its story.

In 1975, a few students at the Berklee College of Music in Boston, Massachusetts, tired of the illegible and somewhat irrelevant fake books available to music students at the time, set about transcribing popular jazz tunes pertinent to the time into handwritten charts. Riffing on the title of a popular Cambridge street paper called the Real Paper and the concept of taking “fake” books to the next level, the Real Book was born. 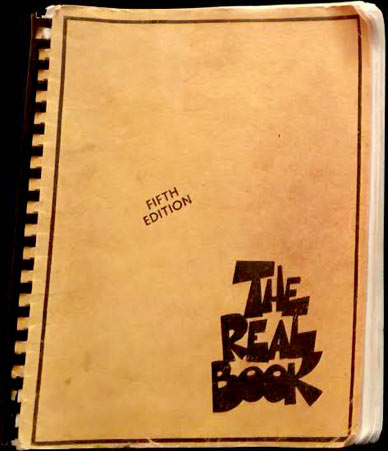 “The book was not conceived to finance our education,” says one of the Real Book’s anonymous co-creators, in an email published at the web site of jazz educator Barry Kernfeld. “It was first and foremost an attempt to reinvent the concept of what a fake book was, to raise the bar for all such books to come.”

From the time the Real Book creators first walked into the school’s lobby holding their copies fresh from the printer, the book became a runaway success. Word of this new compendium spread quickly in music circles, and demand grew exponentially, with the Real Book finding its way into the hands of jazz musicians all over the world.

“We knew we could have made a pile of money had we continued,” says ‘anonymous,’ “but we weren’t in the business of selling fake books—we were headed for careers as musicians—and we were definitely concerned of the legal ramifications.”

Concerned enough, in fact, to visit a couple of copyright experts in Boston in an attempt to legitimize the book; however, in the end they found it cost-prohibitive and proceeded to “publish” the book at local copy shops.

However honorable the creators’ intentions may have been with regard to copyright law and royalty payments, their Real Book was nonetheless illegal. Not surprisingly, as demand grew, legions of bootleggers began making their own copies and selling them “black market” style on street corners near music schools or from under the counter at local music shops—a practice that would go on for nearly 30 years, as the Real Book eventually became the unofficially best-selling jazz songbook of all time. 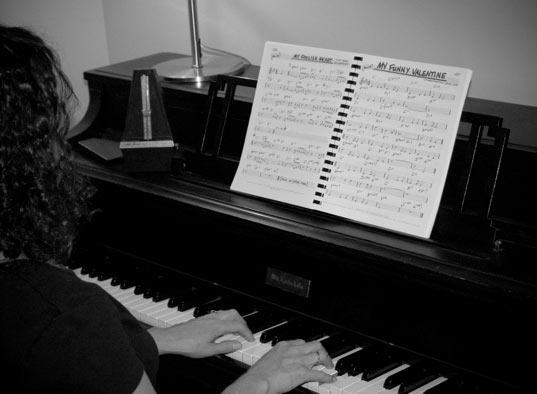 In 2003, sheet music publishing giant Hal Leonard Corporation began securing the rights to nearly all of the songs in the original Real Book and in September 2004 released the world’s first legitimate versions of these treasured volumes. Staying true to the original “homemade” feel of the Real Book, these new licensed versions featured the same logo, cover design, and typefaces inside—they even created a font to match the book’s “handwritten” titles—with a nearly identical song list. Perhaps most impressively, Hal Leonard was able to release the licensed version of the Real Book at an even lower price than the originals sold for, virtually putting the bootleggers out of business.

“We went to all the publishers of the songs in the original book, and they were thrilled to hear about our plans,” says Jeff Schroedl, executive vice president of Hal Leonard and the project’s initiator. “They were not only happy to finally receive royalty income from sales of the publication but also eager to help us fix the errors in the old editions.”

Even though musicians viewed the Real Book as a godsend, for years they also complained about various errors found in the original. With their renowned music editors on the job, Hal Leonard set about correcting these oversights, getting some unexpected help along the way.

“When we went to the publishers for rights, we found that some also wanted to make corrections on their songs,” says Schroedl. “Some made minor melodic changes, while others changed keys and more; for example, Thelonious Monk’s camp changed the key of ‘Straight No Chaser’ from F to Bb. And the publisher for ‘Blue Bossa’ was adamant about adding the syncopations to the melody rather than having it sit so squarely as in the original book.”

Since the company’s 2004 publication of The Real Book, Sixth Edition, Hal Leonard has released more than 40 additional titles in the series, even extending it beyond jazz to blues, rock, and country genres. And so, gone are the days when buying a Real Book was akin to making a drug deal. Today, you can walk into your local music store or visit your favorite online retailer and purchase a fully licensed and painstakingly accurate edition of the Real Book, whether it’s to get you through the gig or to get you ready for the gig.

As Pat Metheny has said, nobody could imagine the impact that the Real Book has had on jazz music over the past 40 years. We’re grateful both to the original co-creators who saw the need for such a product and to Hal Leonard Corporation for taking on the proper stewardship of this important piece of jazz history.

Thanks for signing up!